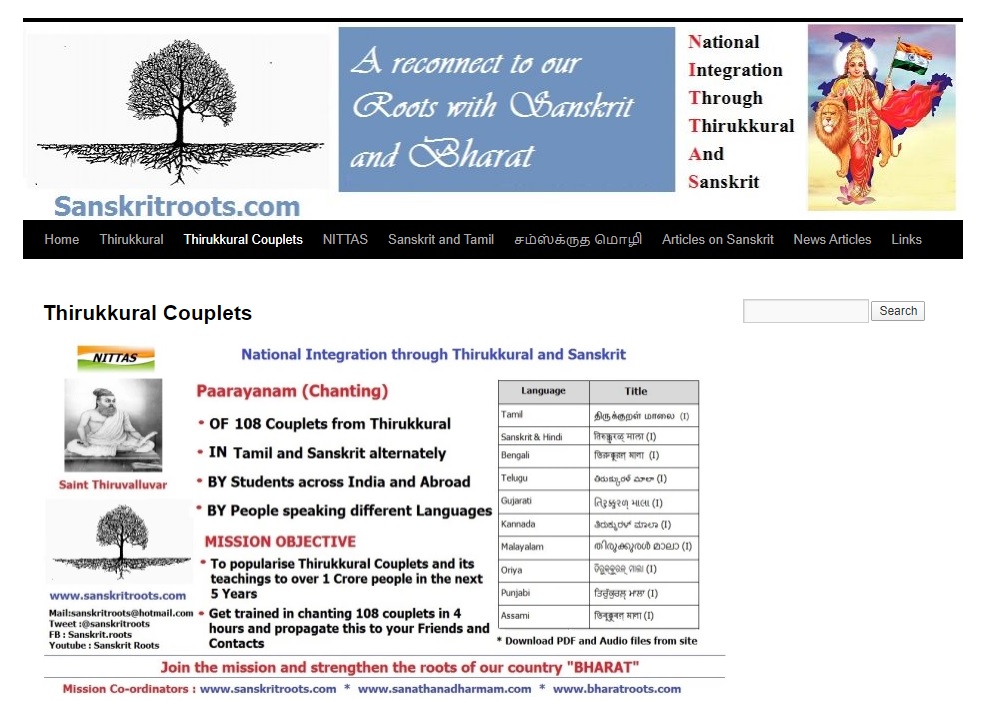 Are they connected? Do they have anything in common? Can two different languages originated in different places and timelines convey similar messages? It was interesting to see how an organization (NITTAS) is trying to bridge the gap.

One of my friends forwarded the link to the blog below and it triggered my curiosity to know about the authors and purpose. Was amazed that someone ventured into a story-telling approach to connect the dots between Sanskrit and Tamil language quoting the prose and epic literature popular in the origin languages.

Thirukkural was written in Tamil by Tiruvalluvar in Tamil language and Sanskrit is the mother of most (if not all) Indian languages. Two-line or two-verse couplets are famous in many languages. In Tamil, Tirukkural is very famous, in Hindi Tulasidas and Kabeerdas have written multiple Dohas (couplets), and Sanskrit is filled with couplets. There usually is the literal translation of these couplets and then the wise are able to interpret the underlying meaning or crux of the same in a simple manner.

I was amazed by this site, filled with wonderful stories and comparison between the couplets in Tamil and Sanskrit (only 1-100 couplets have the meanings and stories at this juncture), but I hope they continue their efforts and build the rest of it. Those who know how to read Hindi/Sanskrit language and Tamil language would love this!