Many cultures seem to attribute a similar significance to turtle / tortoises. It was interesting to see the commonalities!

Why was a turtle chosen to depict this character?

Around the world the tortoise / turtle are seen as a symbol of wisdom and knowledge. Turtle/tortoises are able to defend themselves on their own. Regarded as personifying water element, the moon, the Earth, time, immortality, and fertility.

Somehow this depicts all of our current mindset. In some facet or other of life, everyone seems to be contemplating whether to quit or continue status quo. The whole world seems to be divided between choosing whether to vaccinate themselves or not, whether to switch out of whatsapp or not!!!

And every one of us will find our answers and solutions, the way they fit in our lives if we just calm our minds (extremely tough on some days, a conscious pause before getting agitated seems to help!!)

The biblical meaning of turtle is also one of immortality because of it’s long life. … The turtle’s spiritual meaning in the bible is shown through different narratives as an emblem of patience, slow pace, and wisdom that comes along with it.

The turtle is a sacred figure in Native American symbolism as it represents Mother Earth. The meaning of the Turtle symbol signifies good health and long life. The turtle has great longevity living up to 150 years. … The hard shell of the turtle represents perseverance and protection.

To most tribes the turtle also represents healing, wisdom, spirituality, health, safety, longevity, protection, and fertility. Some tribes believe that the turtle contributed to creation because the turtle dove into the primeval waters to retrieve mud to create Mother Earth.

Apart from being thought of as very lucky, they also symbolise strength, longevity and hope. They are symbolic of a steadfast tranquility – safe in the knowledge that they can survive during bad times until things improve for the better.

The tortoise is a celestial feng shui symbol that represents stability and protection against bad fortune. Keeping a tortoise in the home seems to be good for career growth and wealth. The turtle has few predators, which gives it an innocent energy. This also increases its lifespan, and so holds the symbolic meaning for longevity in many cultures. It indicates the turtle is a symbol of longevity, endurance, persistence, and the continuation of life (sometimes against incredible odds).

Significance of the turtle in Koorma Avatara

Short form of the story and the connection to the turtle/tortoise – When the universe was going through a phase of calamity, Trinity Lords decided to churn the milky way and used a mountain and a snake (Vasuki) to churn, with Gods pulling one end and Demons pulling the other! As the mountain needed a concrete place to stabilize itself, Lord Maha Vishnu takes the form of a tortoise and bears the mountain on his back. Greater good is accomplished when the churning completes. Lord Shiva drinks the poison that comes from the ocean, Lord Maha Vishnu gets to marry Maha Lakshmi and everyone gets to drink the nectar. Everyone sees the results and what came out of the churning process. No one remembers the tortoise who played the most crucial role to help the whole process happen.

Currently, the phase we are going through in life would make us feel like the tortoise. We seem to be getting wise, putting in a LOT of effort, shouldering a lot of responsibility, being the critical piece to accomplish huge tasks for the greater good, but our efforts might not be visible or seen or even commended by others. Still, the point is to continue – else, none of us will be able to get out of the current scenario. Somebody has to sacrifice and it is usually a tortoise – who exactly knows the one most important thing that needs to be done, without which nothing else will progress. Think about it, you might already be playing that crucial role in your life!

If you only do what you can do, you will never be more than you are now! 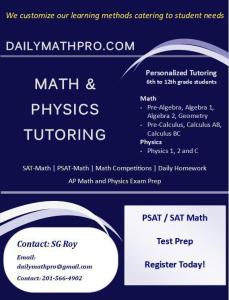