“You will find your answers to any of your questions in the Puranas” used to be something I was used to listening while growing up. When I recently went to a planetorium and saw the expanse of the universe, it made me think about the microcosm as well. While it triggered multiple thoughts in me, I started looking at each of them one by one.

Sharing what I read, realized and understood thus far…

Puranas are from Hindu mythology, so I will be referencing some of the Hindu Gods in this post.

Now, it starts getting complex 🙂

This process continues for all 100 years of Lord Brahma’s life span. Then, it is time for the next Brahma.

I had to read it over 20+ times to understand and appreciate the micro level and macro level – traversing in my mind the concept of a nimesha (1/20th of a second) to 400 Billion years (One Brahma’s lifespan). Just so absolutely amazing!

Using astrology, we can predict the events and happenings to as minute as 1/20th of a second where the thought is seeded in our mind and the concept of the universe became clear. Traversing the micro and macro was not easy from a mind and thought standpoint. I needed to learn more. Now there were three things I wanted to know.

Felt, my learning to understand the universe had started! 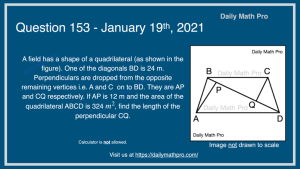