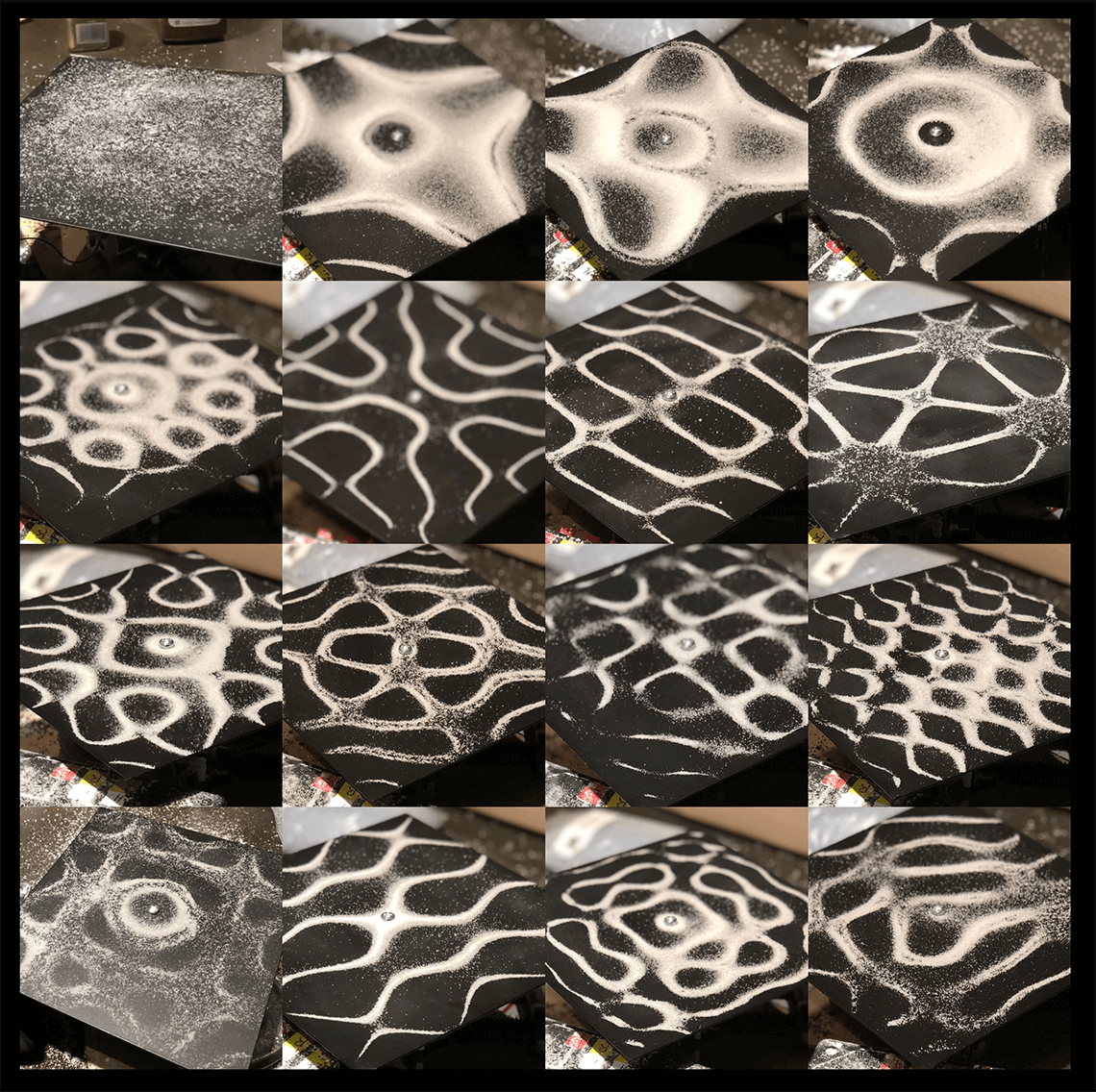 “If you want to learn the secrets of the universe, think in terms of energy, frequency and vibration – Nikola Tesla”. This statement piqued my curiosity and I started looking at whether it was actually possible to scientifically exhibit a connection.. was amazed at what I found!

Nikola Tesla is known more as an inventor, electrical engineer, scientist who is best known for his contributions to the design of the modern alternating current electricity supply system. So, when he says energy, frequency and vibration.. he must have been looking at it from an electrical engineering perspective.. not from a universal energy standpoint.. or so I thought, till I saw the Chladni plate experiment.

Now, if sound energy can be visualized.. what can we do with it? Did our ancestors know that? Yes… they seem to have known about it..!

This Sri Chakram pattern formed during the recital of Lalitha Sahasranamam when connected to the Chladni plates. WOW:)

Was interesting how Nikola Tesla’s quote, Ernst Chladni’s scientific experiment can be connected to our old devotional songs and sound patterns can be visualized. These visualized patterns seem to exactly mimic the powerful Yantras (metallic plates) that have been in place as part of our religious beliefs and traditionally passed on across generations. Makes me wonder – were they just religious beliefs or were our ancestors scientifically advanced much ahead of us?

My sense of satisfaction increases to have thankfully gotten the opportunity to realize it at least now. 🙂

One thought on “Tesla, Chladni and Yantras”