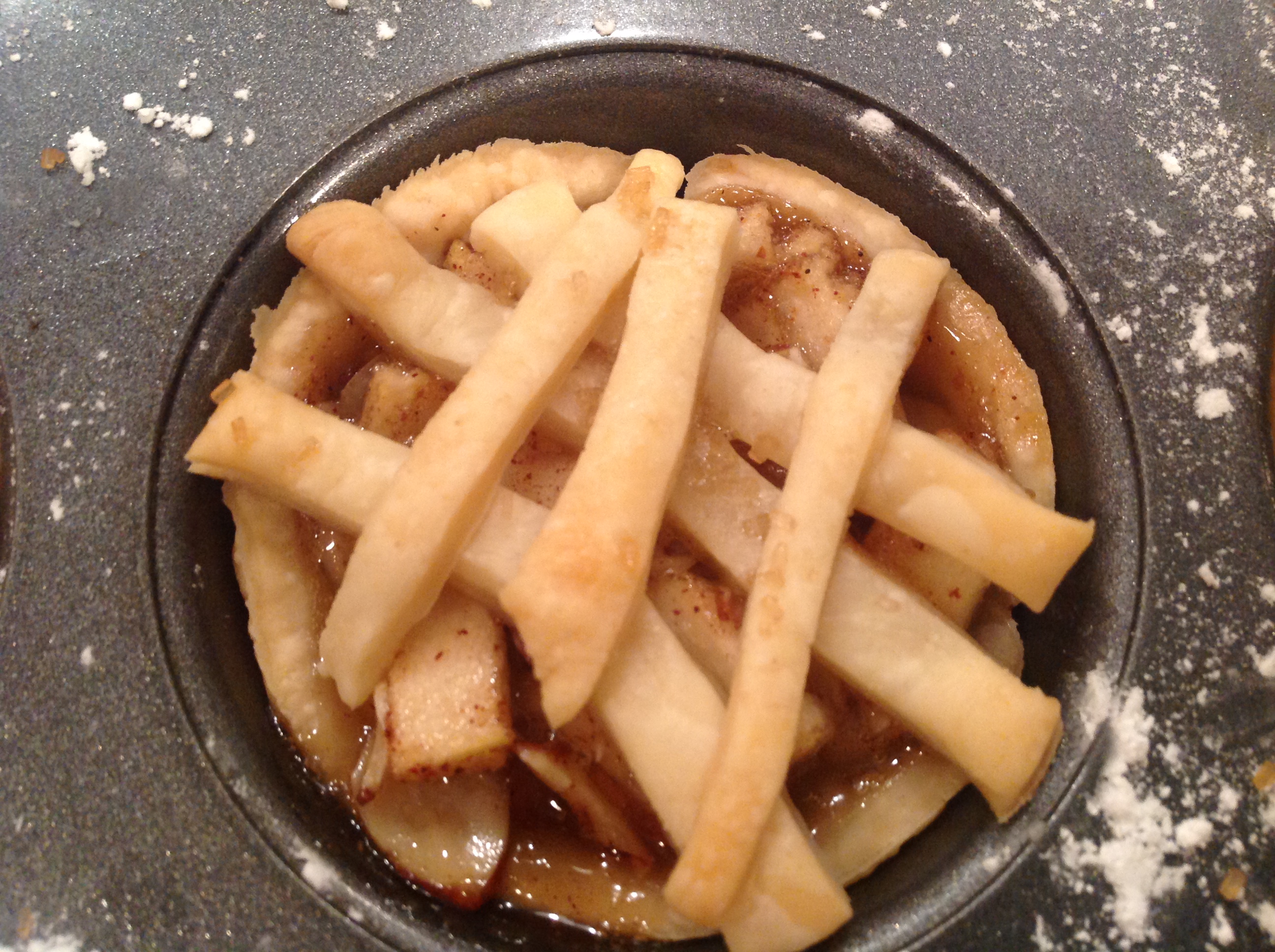 Now that everyone is home, we tend to feel hungry more often and end up cooking multiple times a day 🙂 So, thought I will share easy to make recipes.. one per day! Baking as a family is LOTS of fun, and comes with a BIG Bonus “Messy Kitchen” 🙂 Be prepared for the post-cooking clean up time 🙂

Let us look at the ingredients

*** Pie crust – Those who do not have a pie crust or want to make one at home, use 1 stick of refrigerated butter chopped into small bits and mix it with 2 cups of all purpose flour, adding water as appropriate to make it into a dough. Split it into 2 balls and roll the dough and wrap it and keep it in the refrigerator for 4-6 hours to cool. Then, take it out and roll each of the pieces into a pie crust.

PS: Variations we have tried and liked

Hope you like it as much as we do 🙂

One thought on “Mini apple pies”