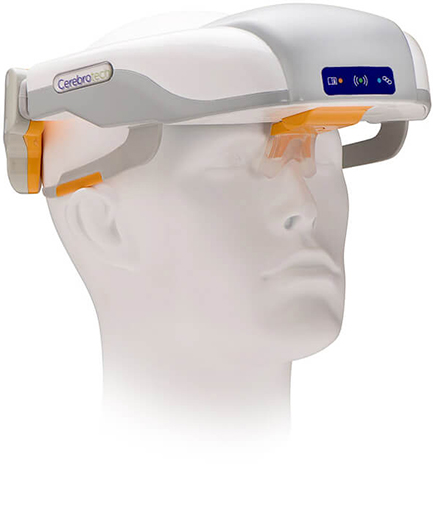 Cerebrotech Visor Can Rapidly Detect Severe Stroke with 92% Accuracy. Yes.. you read it right! Technology innovation that can help stroke patients be diagnosed much earlier, making it possible to reduce the severity of the stroke.

What is a Stroke? A stroke occurs when a blood vessel that carries oxygen and nutrients to the brain is either blocked by a clot or bursts (or ruptures). When that happens, part of the brain cannot get the blood (and oxygen) it needs, so it and brain cells die. 80 percent of strokes are preventable. There are three main types of stroke: transient ischemic attack, ischemic stroke, and hemorrhagic stroke. It’s estimated that 87 percent of strokes are ischemic.

Ischemic stroke:  Occurs when a blood vessel supplying blood to the brain is obstructed

Transient Ischemic attack: Is also called as a Mini-Stroke. It is caused by a serious temporary clot

To know more about the types of strokes, read the article from the American Stroke Association

Visor for Prehospital Stroke Diagnosis: Hemorrhagic strokes, during which blood escapes from a ruptured blood vessel in the brain, requires rapid diagnosis for effective treatment, as uncontrolled bleeding can lead to swelling, brain damage, and/or death. Nearly 40% of hemorrhagic strokes result in death. A visor is now available for healthcare professionals to use to scan for bleeding in the brain. It can be used anywhere and is an efficient prehospital diagnostic tool to speed up diagnosis and reduce the time to treatment.

To read more about it, read the article published in medgadget.

Hope it is made available across the world for use!